WELCOME TO US MOLDERS 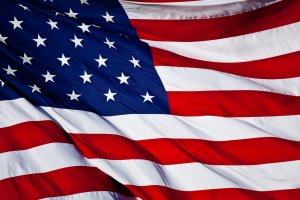 The SAM database identifies businesses registered to do business with federal, state, and local level government. Both military and civilian agencies utilize SAM for a number of sourcing and procurement needs.

US Molders has an active GSA Contract to assist federal employees in purchasing. GSA contains pre-negotiated prices, delivery terms, and warranties which streamline the buying process.

To ease the ordering process for our customers, US Molders is registered as a Small Business. This allows government contractors to work directly with us, saving time and resources.

Our 9-Hole Firing Barricades last indefinitely, unlike wood which will rot and degrade in the elements. Additionally, safety concerns such as splinters and failure of the barricade during firing (crumpling because of interior rotting) would be eliminated. Lastly, it would provide a uniform appearance to every position unlike wood.

TC 3-20-40, Chapter 3-30 states that “all targets must be 90-percent visible from the firing position.” This new target is designed specifically for that purpose and demonstrates it with distinct markings on either side of the target.  This design is intended to increase the life expectancy of the already durable E-Silhouettes by reducing droop-age and warping.